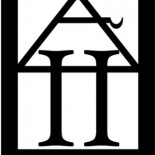 “Achilles” means akhos “grief” and Laos “a people, tribe or nation”. The name is an embodiment of the grief of the people. In Homers’ epic poem, the Iliad, Achilles is the hero of grief and the hero of glory, usually in war. The poem is, partly, about the misdirection of anger on the part of leadership.

The heroic cult of Achilles was widespread on Leuke Island (Snake/Serpent Island, later known as Alba). The island is in the Black Sea off the coast of Romania and Ukraine. Leuke was also famous as a place of healing, attributed to the waters of the island.

Achilles was invulnerable, except for his heel. Since he died of an arrow shot into that part of his body, the Achilles’ heel has come to mean a person’s principle weakness.

Every single human being has a vulnerability, but they also possess the qualities to control it and to heal themselves. The first step in doing that is to pick up the phone and make an appointment at Achilles Healing. Do it today and make a positive change in your life.

This entry was posted on July 17, 2010 by achilleshealing in Philosophy and tagged Achilles.